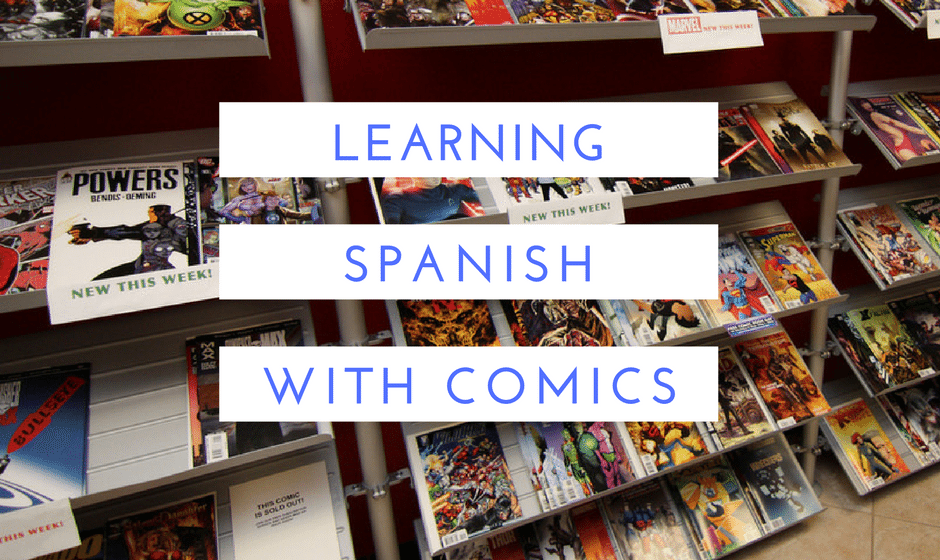 In all my years of learning Spanish, it never occurred to me to use comics to gain a better understanding of the language. When you think about it, it makes perfect sense. What better way to learn colloquial expressions and understand humor in another culture than comic strips?

Language learners of Japanese use comics and manga to learn all the time, giving the learner a quick view not only into the language, but the culture as well. If it works for learning Japanese, it most certainly will work for learning Spanish as well. Let’s take a look at how to go about doing this.

There are a wide variety of comics out there, so finding one to peak your interest should not be a problem. I personally would do a tad bit of research on the country of origin, just so I had some background knowledge before reading. This will help you understand the humor a little easier, especially if you are selecting a political comic.

Since many comics target political and social issues, comics are such a great way to get a glimpse into the culture and how the people really feel about certain issues. This is hard to do when learning a language without physically living in a Spanish speaking country, so you can use comics as a gateway.

Aside from the cultural and language benefits, reading comics is fun! When you find one you like, you get excited for the next one, which gets you excited to learn more Spanish. It’s a win-win situation!

Comics are Short and Sweet

We all have busy lives and sometimes reading a book or magazine in another language is just not an option. Comics are short, sweet, and to the point. It only takes a few minutes to read one, yet you still get the full benefits of reading in Spanish. You can pick them up and read them anywhere, anytime of the day.

The images on comics provide an additional benefit as well. They accurately go along with the text, so you many not have to look up every word that perplexes you. Just like children learning to read, you can use the images to figure out the meaning of words without a dictionary.

How Can I Use it in My Learning?

First things first, try and look up as little words as possible. As I mentioned before, use the images to help you determine words you don’t know. Try hard not to reach for the dictionary right away. Use context clues first.

Gocomics.com has a variety of comics in both Spanish and English. I like that they have popular English comics, like Dilbert and Garfield translated into Spanish. If you already follow a few popular comics in English, these may be the perfect ones to start with. Gocomics.com also has a moblie app so you can read on the go.

Amazon has a few comics in Spanish as hard copies if you prefer not to read on a screen. This also gives you an opportunity to write notes (in the book or on sticky notes) as you read for comprehension.

Comics are a great way to enhance your learning in the Spanish language. Since they are “short and sweet,” they give a busy learner an opportunity to read and comprehend in Spanish, without being bound to a book for hours. On top of that, comics give you a great glimpse into the culture of Spanish speaking countries without having to actually move there.

Even if you struggle a little at first to understand the comic, don’t give up! It will get easier as you learn more Spanish. Every victory counts, you got this!

Questions? Don’t forget to ask your questions in the comment box below. We love helping our readers in their Spanish language journey.