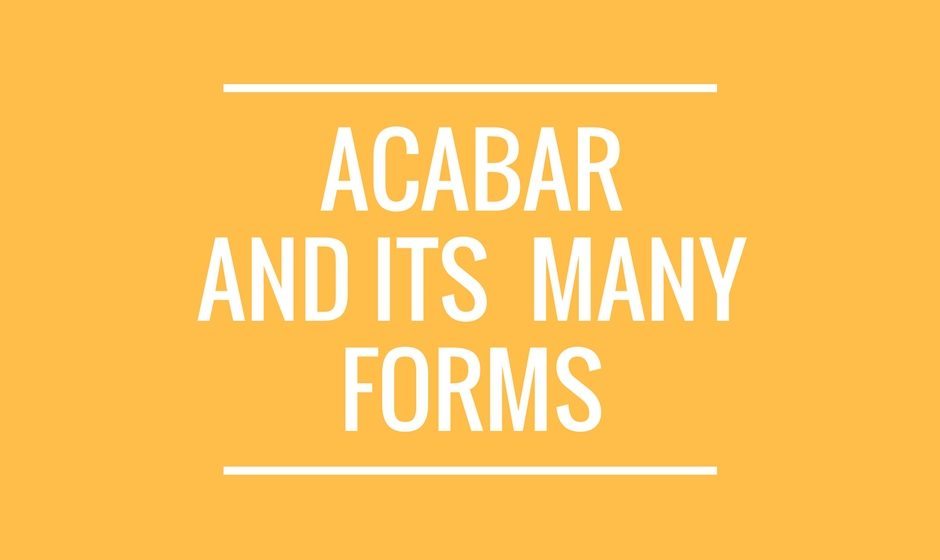 I will never forget the day in Spanish 3 class that we expanded on the verb ACABAR. Up until that day, I knew the translation and had mastered its regular conjugation in multiple tenses. Acabar and I were in a comfortable place.

My teacher, on the other hand, was eager to pull me out of my comfort zone and share with me the many other ways to use this verb. Just when I thought I had grasped something in Spanish, here was someone shouting in the background, “But wait! There’s more!”

My head was swimming with all of this new information as I struggled to make sense of this sudden change to this very simple verb. Lucky for me, my teacher came prepared that day and broke everything down. My jumbled thoughts were gathered up and made sense of. I left class with my notes tucked into my backpack ready to accept this new, more complicated verb, of acabar.

Acabar in a Nutshell

The verb acabar means to finish. Just like any verb, there are variations on how to express this definition. It can mean to finish, end, or complete. The best part about acabar, in my mind, is that it conjugates regularly in all tenses. Meaning, it follows all the rules for conjugation in the present, past, future, etc. There are no surprises with this verb, which I love. Here are a few examples:

Acabar - to finish Él acaba su trabajo a las 6 (He finishes work at 6).

Acabarse as an Idiomatic Pronominal Verb

So what is an idiomatic verb? Idiomatic verbs are simply idioms, meaning they don’t mean what they say. We use them all the time in English. These verbs are used in phrases that to a non native speaker may not make sense. For example:

You need to work out that problem with Sharon. When we read this as native English speakers we know that “work out” means to resolve, not physically go to the gym and exercise.

A few other examples of idiomatic verbs and phrases:

Karen’s motivation has fallen off since summer break.

Spanish also has idiomatic verbs, but they are used differently. These verbs require a reflexive pronoun to be used (even though the verb is not reflexive). By using the reflexive pronoun, the verb changes its meaning slightly to help the phase make sense. Acabarse fits into this category:

Acabarse - To run out (use up) Se acabó el champú y ahora no puedo lavar mi pelo (the shampoo ran out and now I can’t wash my hair). In this phrase, the sentence is talking about the shampoo “running out”, not someone physically “running out” on a jog.

Acabarse as a Reflexive Verb

This example shows that acabarse is in fact reflexive because the subjects performed the action on themselves.

Just like I mentioned above, verbs can take on other meanings that form expressions in the language. These are everyday expressions that you hear over and over until, one day, they become part of your vocabulary.

If I said, “Just jump in!” a person who is new to English would probably think I was referring to jumping into a body of water. On the other hand, someone who has more mastery of the language, would also know that this expression can take on different meanings.

So how does this relate to Acabar?

Acabar, just like other English and Spanish verbs, can be part of expressions that hold more than one meaning. We are still holding on to the actual definition of the verb, we are just tweaking it to better suit our needs in everyday language. Here are three common expression using acabar:

Acabar + de + infinitive (To have just finished or done something)

I love using this expression because I can talk about something that just happened without having to conjugate all the verbs into the past tense. Call me lazy, but the less I have to conjugate, the better.

Acabo de llegar al cine (I have just arrived to the movie theater).

To talk about something has just been done but in the past (I had just….), conjugate acabar in the imperfect tense.

Yo Acababa de llegar al cine (I had just arrived to the movie theater).

Again, this is a great expression to use where you only have to concentrate on conjugating acabar in the past. The second verb stays in the infinitive.

Acabar con (To break up or to put an end to)

Acabar is conjugated in the past tense for these expressions. Just don’t forget to add con after the verb, otherwise the expression will not make sense.

Take it One Step at a Time

Learning a new verb and its multiple meanings in Spanish can get frustrating, trust me, I have been there. Acabar is no exception and it can leave a beginner a little flabbergasted. Just remember to start with basics and work your way up from there.

Most importantly, don't be afraid to ask questions! If you are stuck on something or need further clarification, leave a comment below. No matter what, just take it one step at a time and before you know it, you will have the verb acabar mastered in no time.