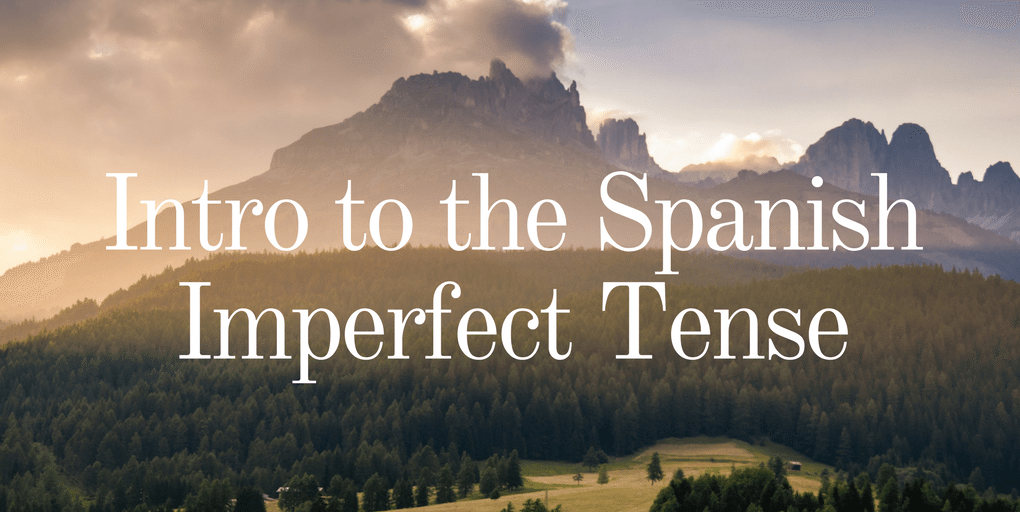 I love the imperfect tense in Spanish! I would love tell you that my love for this particular tense was something significant, but it merely breaks down to the fact that the verbs are super easy to conjugate. There is something about the endings that sound almost musical and are just oh so easy to remember.

The imperfect tense is used to describe a habitual or repeated past action. The exact time the action began and/or ended is not important. The important words to always remember with the imperfect are habitual and repeated. This will make learning the imperfect that much easier.

So what do we exactly mean by repeated or habitual? Let’s look at some examples in English:

Each of these sentences talk about an action that happened more than once. It was a repeated or habitual action that occurred multiple times over a length of time.

There are keywords in Spanish that can help you determine that the imperfect needs to be used. These indicators help denote that the actions are either ongoing, repeated, or habitual.

Some common "time" expressions used with the imperfect are:

As with all verbs that are conjugated, simply take of the AR ending and add the correct ending for the correct subject.

Let’s check out some examples:

Keep in mind that there are no stem changes (of verbs) in the imperfect, so each verb is conjugated from the infinitive form.

Irregulars in the Imperfect

One of the best things about the imperfect tense is the very small list of irregular verbs. It is probably one of the reasons I love this tense so much. There are so few to remember!

The verbs ser, ir, and ver are the only verbs that are irregular in the imperfect tense. Unfortunately, these verbs are just something you have to memorize, but at least there are only three!

The imperfect of hay is había.

If you need some extra help remembering how to use the imperfect tense give this music video a listen:

As you can see, the imperfect tense is not so bad once you get the hang of it. The fact that there are only 3 irregular verbs should have you jumping for joy, I know I did when I learned that I would only have to memorize a few verbs that didn’t fit the mold.

Questions? We can help. Leave your question in the comment section below and we will be happy to answer and help you in any way we can.

Don’t forget to keep practicing, you are doing an amazing job! Take it one day at a time and before you know it you will be an imperfect perfectionist.