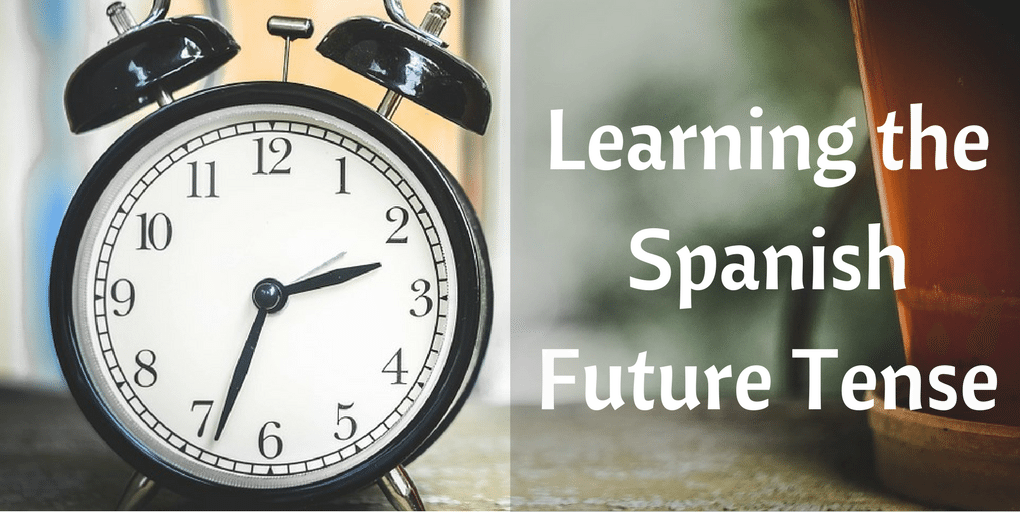 I will never forget my first time in Spain. I had been studying Spanish for years and finally was going to test out my skills. I was so excited to be there that my excitement literally impaired my ability to remember the future tense in Spanish! The easiest verb conjugation in the language and and I just drew a blank.

Luckily for me, there is more than one way to get your point across and I was saved the embarrassment of totally forgetting how to conjugate an entire tense. In Spanish, there are actually two ways to create the future tense, which was a lifesaver to me! These forms include:

Using the conjugated Ir + a + infinitive, this translates into going to do something. For example:

This informal tense simply indicates that a person is going to do something soon or in the future. I used this format constantly when I was living in Spain and was able to get my point across just fine. Although it is considered “informal,” people use it consistently.

The simple future indicates someone “will” do something in the future. Conjugating this tense is super easy because all you have to do is add the appropriate ending to the infinitive of a verb.

Making Assumptions About the Present

There are other uses of the simple future that make predictions about the present time as well. It offers a guess about something since it is unknown at the time. It “probably” will happen.

Although not very common, giving solemn commands is another way to use the simple future. For example:

If you're still a little confused then check out this quick video from MaestroKaplan's YouTube Channel:

Any questions? Ask away! Simply ask your question in the comment box below and we will be happy to answer it!

Don’t forget to keep practicing. Now that you can use the future tense, find someone to practice with. You got this! Keep up the great job!