Intro to Preterite Past Tense Verbs 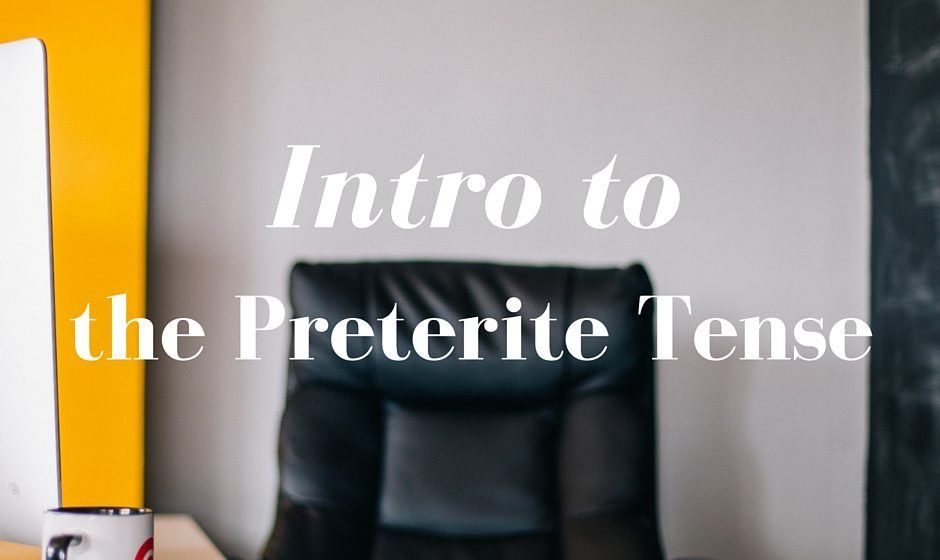 The preterite tense is usually the first past tense we learn in Spanish. As a native speaker of English, a language with considerably less tenses than Spanish, it was a rough transition for me into the Spanish past tense.

I remember always hearing how hard the preterite tense is to native English speakers, and while it's true that I certainly had my ups and down while learning it, I didn't find it impossibly hard.

The truth is the preterite tense is really just like any other part of a foreign language.  It's weird and difficult at first, but with time you start making sense of it as you use it more and more.

What is the preterite?

The preterite is used to describe an action or event that took place in the past and is now completed.  Most times when you are talking about something that happened, or something someone did, you are going to use the preterite tense.

Examples of when we use the preterite :

I ate my dinner. (I did something)

We left the party. (we did something)

It rained yesterday. (something occurred)​

If you want say that you "used to do something" or that you "were doing something" you will not use the preterite. ​

Examples of when we don't use the preterite:

I used to eat my dinner.

We were leaving the party.

It was raining yesterday.

The imperfect will be used when we talk about how something happened or the way something was (generally).  ​

Like pretty much all other Spanish verbs the preterite conjugations fall into one of two  categories: Verbs ending in -ar and verbs ending in -er or -ir.

The conjugation rules for -ar verbs are as follows:

..And here's the usual conjugation for verbs ending in -er or -ir:

Okay so I have some bad news: the preterite tense has more irregular conjugations than any other tense in Spanish.​ In fact, there are quite a few.  What's worse is there aren't any hard or fast rules for remembering these irregular preterites, and a lot of them are for common verbs that you'll use a lot.

This  is such a broad topic that we wrote a whole another post about it, which you can check out here﻿﻿.

Here's a list of some of the common irregular conjugations:​

There's a lot of hype behind preterite verbs, but not all of it is deserved.  Yes this family of verbs can prove tricky at times, but it's nothing a little practice and persistence can't overcome!